Structured Settlement is the special form of compensation amount payable for any form of damage done to a party (like injury by medical negligence) by another party against whom the victim files a lawsuit. It consists of one part of the amount paid to the claimant initially and the other part of the larger amount which is paid out to that party through installments instead of paying the whole compensation as a lump sum. These installments can be variable depending on the agreement between the two parties like – a smaller annual amount for next 20 years or a larger amount per year for next 10 years etc.

When the claimant holds the defendant responsible for paying him the compensation amount as directed by the court, the defendant passes on the responsibility of making these payments to an assignment company which purchases an annuity from a reputed life insurance company in order to make the claimant eligible to receive periodic and guaranteed payments from his structured settlement annuity. Thus the structured settlement annuity is like a contract issued by a life insurance company to pay compensation for damages/personal injury over a period of time in form of installments to the claimant. The claimant/annuitant is provided a guaranteed stream of payments for a fixed term at a fixed rate of interest.

Now the claimant does not need to be forever stuck with the agreed upon mode of receiving payments in case he wants the whole of the settlement amount together. He can sell his structured settlement right to receive money in installments to another insurance company or some broker who deals in structured settlements in return for the huge lump sum amount, slightly discounted, to suit his urgent financial needs. The broker then offers these Annuities for resale at a fixed rate of interest and fixed term to the buyers of such annuities.

Structured Settlement Annuity rates are determined by the market depending on how much the buyer/investor is prepared to accept as a return on his purchase. He usually considers the term of the annuity, credit ratings of the insurance company and its financial strength before purchasing the annuity. Structured Settlement Annuity interest rate called the “effective rate”—is compounded annually taking a year of 365 days and calculated accurately up to 2 decimal places.

These annuity rates are higher than the rate of return on any other alternative annuity purchased directly from the issuing life insurance company because of the following reasons: 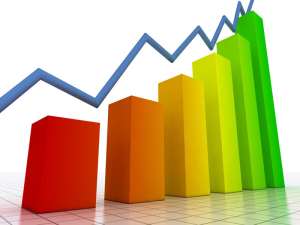 same terms as decided upon by its previous owner. So, in order to compensate for the term of payments, amounts of installments etc. that cannot be altered, these annuities provide a higher rate of interest.

The broker purchases these Annuities at discount price from its original claimant thus, it doesn’t cost him much harm to pass along higher rates to new buyers of the annuity.

The annuity rates depend largely on the following factors:

Ratings of the Insurance Company:  The credit ratings system helps mark the creditworthiness of the companies to judge its capability to underwrite, efficiency in the working of the management and their degree of control, stock of resources to tide over difficult times of recession, depression or economic shocks etc. and grades them from the highest A++, A+, A, B+, B, C+, C and C- (which is the worst of these all). A few such agencies are – Standard & Poor’s, Moody’s etc. The financially more stable life insurance companies are more likely to provide a higher rate of return on the annuity.

Present Interest Rate:  The annuity company always pays the interest rates on the annuities to the annuitants based on the prevailing interest rates. They judge how much they can earn in the current financial environment and then declare a rate of interest on the annuities so that the income can be paid to the claimant via structured settlement and also, they are able to maintain a decent profit margin for themselves.

Consider a claimant is an injured 50 year old man who has certain lifestyle diseases, has been under hospitalization for some time and is on medication. A doctor would usually rate his age higher than 50, say 58 years to bring down his life expectancy owing to his medically unfit history as well as the effects of the injury which subtract years from the claimant’s life expectancy. This means his life expectancy is that of a 58 year old person instead of a 50 year old. Thus his “rated age” would now be 58 years. The risk that the life insurance (annuity issuing) company is taking by considering a high rated age of the claimant is beneficial for the claimant, should he outlive the predicted terminal age.

Thus, the claimant can get a better deal by comparing the rated ages with the annuity prices offered by different annuity companies to get the benefit for the least cost. The rated ages can make a significant difference in determining where to purchase the settlement annuity from.