Structured Settlement was brought into force through a unique legal arrangement in 1983 wherein settlement between two parties – the claimant who files a lawsuit against the other party, the defendant, for an injury claim or the workers compensation etc., can be settled for the claimant in a structured way of receiving it in installments rather than as a lump sum amount.

To understand it, consider an example. For instance, a claimant may wish to be given $ 10,000 yearly for first 5 years and $ 15,000 for remaining 10 years (given the total compensation amount is $ 2,00,000). The claimant can also choose to have no payments for few initial years and fixed annual installments thereafter to fund retirement needs.

Structured settlements are being used in wide variety of life situations in modern times rather than just being chosen as an alternative way of settling personal injury claims. There are many occurrences of losses to the workers in a factory or an industry where the worker gets severe physical injuries. The law guarantees right to compensation to these workers. The social security benefits are limited to 80% of the worker’s present income, which may get eliminated if the worker opts for a lump-sum settlement. But, if he opts for a structured settlement, he may continue to receive periodic payments along with the social security benefits in the long run and all of it would be free of taxes.

There are certain benefits to accepting a structured settlement for workers’ compensation cases as mentioned below: 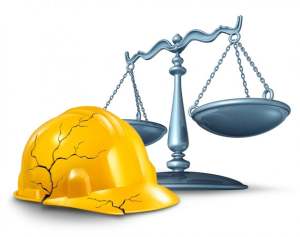 There are certain important things to be kept in mind before a worker settles for a structured stream of payments in lieu of compensation as lump-sum under the Worker’s Compensation Act: