Structured Settlement is the compensation amount payable for damage done to the claimant party (like injury by medical negligence) by another party against whom the victim files a lawsuit. One part of the amount paid to the claimant initially and the other part of the larger amount is paid out to that party through installments instead of paying the whole compensation as a lump sum. These installments can be variable depending on the agreement between the two parties like – a smaller annual amount for next 20 years or a larger amount per year for next 10 years etc. Moreover, the amount for initial few years could vary from the installment amount for years thereafter. Structured Settlements are a viable option for people due to various reasons, of which a few could be secured source of income in the non-earning years, if the total amount of loss is greater than $10,000 and the same could be carried forward to the succeeding years in installments, need for a stable and guaranteed constant flow of income for some time etc.  There are no costs and the settlements are backed by top-rated highly credible insurance companies.

Imagine people who do not have any other source of guaranteed income and depend on the regular flows from their structured settlements to meet their necessary expenses. Such people would never want to leave their principal settlement amount under any risk. The safe option is to split the annuity into two or more annuities and thereby protect their principal amount from dissolving over the longer periods of time. But before we can relate it to the structured settlements, it is important to understand what split annuity concept is all about.

For example, let the total principal amount be $1000 and it is split into two annuities of $440 and $560 where the former is the annuity that generates income streams of $50 per year while the latter is the recover annuity. Thus the total amount generated by income streams over ten years is $500 from the first annuity while the recovery annuity fetches $1002.87 at 6% rate of return after 10 years. Now we can better understand the split annuity concept for structured settlements. 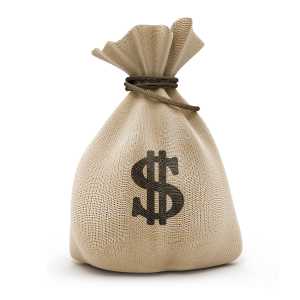 Just as the concept explained above goes, the split annuity concept for structured settlement provides a tax-free regular stream of payments while at the same time preserving or recovering the whole of the principal amount by splitting the structured settlement annuity into two or more annuities. Each annuity is assigned to generate income flows for a fixed period or one that pays over a lifetime while the recovery annuity is the Deferred Lump Sum annuity for growth over time.

The Fixed Period or Life structured settlement annuity has all the benefits of a compensatory mechanism for claimants. According to the NSSTA (National Structured Settlement Trade Association), in order to make this form of compensatory mechanism more widespread, the Congress (United States) in 1982 laid down specific tax rules called the Periodic Payment Settlement Tax Act and the Section 104 (a) (2) of Internal Revenue Code stated that the whole amount of structured settlement would be tax-free to the claimant.  Moreover, the interest payable on the settlement amount is also tax-free. This can be a great support to aged people who are already retired and have no guaranteed source of income in the concluding years of their lives.

Also the claimant could ask for a guaranteed cost of living adjustments feature (COLA) to increase payments taking into account factors like inflation, increase in household expenditures etc. by a fixed percentage which can be agreed upon in the structured settlement contract.

As already shown by way of an example the annuity that preserves the principal, Deferred Lump Sum annuity for growth, pays a rate of return much higher than any of the other investment alternatives and also assures a guaranteed recovery of the principal by 100% (sometimes more than that, as shown in the example).

Moreover these benefits can be coupled with an option of “commutation rider” which can be incorporated into the structured settlement policy during the time of its drafting. If the original defendant party dies, the income to the claimant will not be hampered. It will continue like any other normal payments from the agreement.  But, once the claimant dies, there are no further payments. So, in such a case it is advisable for the claimant to agree upon a shorter period of time rather than stretching it for long.  Many senior citizens are unaware of monthly payments that could be paid to children or grandchildren of the claimant. Some Life Insurance Companies offer a “commutation rider” which would pay any remaining guaranteed payments to the surviving family members of the deceased claimant in a lump sum.

Thus, the structured settlement contract can pose a risk of dissipated principal amount especially for claimants who completely depend on their settlement incomes for their essential costs of living and sustenance e.g. for the old or retired claimant. But a fair and fine contact of split annuity structured settlements can attend to the financial and economic needs of the claimants by providing a guaranteed, tax-free and risk-free income stream, while at the same time preserving their principal.