Structured Settlement was brought into force through a unique legal arrangement in 1983  wherein settlement between two parties – the claimant who files a lawsuit against the other party, the defendant, for an injury claim or the workers compensation etc., can be settled for the claimant in a structured way of receiving it in installments rather than as a lump sum amount.  For instance, a claimant may wish to be given $ 10,000 yearly for first 5 years and $ 15,000 for remaining 10 years  (given the total compensation amount is $ 2,00,000). The claimant can also choose to have no payments for few initial years and fixed annual installments thereafter to fund retirement needs.

Structured Settlements were first brought to the financial scene as a mode of claims settlement when in 1960s, a drug sold widely to treat morning sickness in pregnant ladies, called Thalidomide, caused huge deformities and birth defects in small children. Then structured settlement was used to pay off the claims of the affected people since the drug manufacturer couldn’t settle all claims in lump sum amount.

Structured settlements are being used in wide variety of life situations in modern times rather than just being chosen as an alternative way of settling personal injury claims. One of the upcoming arenas relates to the divorce and alimony matters. Structured Settlements have gradually become popular in matters of divorce, property dispute settlement, alimony money and paying money for the support and upbringing of the child.

For instance, a couple gets divorced and the husband is due to pay alimony as well as maintenance amount for the child to the wife. In such a case, the wife may opt for a structured settlement in order to receive the whole amount periodically as the child gets older, rather 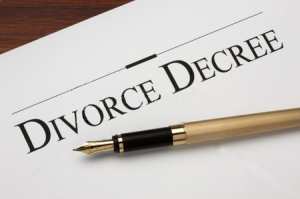 than taking it all as a lump-sum.

Structured settlements are specifically beneficial in this case because they not only assure that the child receives the benefits of the settlement amount but also receives a continuous flow of non-taxable income to support his needs. There are no costs for the child and the settlements are backed by top-rated highly credible insurance companies.  It is important to note that such structured settlements do not qualify for preferential tax treatment because they come under the purview of non-qualified structured settlements.  While the amount for child care as well as property dispute settlement is not tax reported, interest accrued on the annuity installments is tax reported. Thus a well-designed divorce settlement agreement would mention that to which spouse the accrued interest should be assigned.

Benefits of Divorce Structured Settlements to Both Spouses

These divorce structured settlements are very beneficial to the receiving spouse since it provides the spouse with regular stream of income which has virtually no market risk because it is backed by credit worthy insurance companies. The whole process is legally undertaken and also, the settlement and divorce decree can be flexibly designed so as to accommodate different installments of varying amounts to cater to the financial, medical, economic as well as educational needs of the spouse as well as the dependent child.

As for the paying spouse, this is an easy way to pay off the promised money with absolutely no hassles. The person gets a complete liberty and does not have to even meet the ex-spouse again. Moreover, his/her liability for all future payments is now taken up by the insurance company on his/her behalf. He/she also saves money by saving on the discounted present value of future sums.

Thus structured settlement has the potential to benefit all the parties.  A fair and fine contact can attend to the financial needs of both spouses and can provide a guaranteed and risk-free income stream to the receiving spouse as well as monetary support for the child.