Structured Settlement is the compensation amount payable for damage done to the claimant party (like injury by medical negligence) by another party against whom the victim files a lawsuit. One part of the amount paid to the claimant initially and the other part of the larger amount is paid out to that party through installments instead of paying the whole compensation as a lump sum. The structured settlement annuities are drafted keeping in mind the benefits to be provided and the life expectancy of the claimant. Structured settlements are popular for settlement of claims of old or retired people, people in their twenties or thirties, who have suffered in injury in an accident or due to medical negligence.

For instance, suppose an aged person suffers a severe personal injury loss in an accident and its entitled to the total compensation amount of $2, 00,000. He may choose to be given $20,000 as a lump sum and $18,000 for the rest 10 years in installments. Structured settlements assure that he receives the benefits of the settlement amount in a continuous flow of non-taxable income to support his needs. There are no costs and the settlements are backed by top-rated highly credible insurance companies.

According to the NSSTA (National Structured Settlement Trade Association), in order to make this form of compensatory mechanism more widespread, the Congress (United States) in 1982 laid down specific tax rules called the Periodic Payment Settlement Tax Act and the Section 104 (a) (2) of Internal Revenue Code stated that the whole amount of structured settlement would be tax-free to the claimant.

What is Rated Age and How it Relates to Structured Settlements

Structured Settlements are a viable option for various reasons, of which a few could be secured source of income in the non- 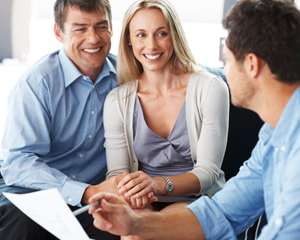 earning years, if the total amount of loss is greater than $10,000 and the same could be carried forward to the succeeding years in installments, need for a stable and guaranteed constant flow of income for some time etc. But first and foremost the drafting of a lifetime settlement agreement involves costs depending on the types of benefits being provided to the claimant as well as the life expectancy of the claimant. The Law guarantees that if the original defendant party dies, the income to the claimant will not be hampered. It will continue like any other normal payments from the agreement. But, if the claimant dies suddenly before the completion of receipt of all due periodic payments, then there are no further payments henceforth. Thus, purchasing the same benefits for an older person would be less expensive than buying them for a younger person. So, the structured settlement consultant would always seek to lower the costs for his client, the claimant. He would always seek an “impaired life expectancy” or “rated age” for his client.

Let us consider the claimant is an injured 50 year old man who has certain lifestyle diseases, has been under hospitalization for some time and is on medication. To obtain his rated age, his medical history would be examined for any lifestyle or hereditary diseases, any addictions etc. Now, a doctor would usually rate his age higher than 50, say 58 years to bring down his life expectancy owing to his medically unfit history as well as the effects of the injury which subtract years from the claimant’s life expectancy. This means his life expectancy is that of a 58 year old person instead of a 50 year old. Thus his “rated age” would now be 58 years.

It is important to note that the factors affecting the rated age of a person may be very distinct from the effects of the injury and the two may not have any relation at all. The point is that the risk that the life insurance (annuity issuing) company is taking by considering a high rated age of the claimant is beneficial for the claimant, should he outlive the predicted terminal age.

Besides, the claimant can get a better deal by comparing the rated ages with the annuity prices offered by different annuity companies to get the benefit for the least cost. The rated ages can make a significant difference in determining where to purchase the settlement annuity from.