Structured Settlement is the gift of a legal arrangement in 1983 which makes it sort of an innovation in the financial and insurance arena. It is a unique form of settlement between two parties – the claimant who files a lawsuit against the other party, the defendant, for an injury claim or the workers compensation etc. It has also become a popular settlement option in the insurance sector where the insured can claim the insurance money, in a structured way of receiving it in installments rather than as a lump sum amount. It is truly beneficial to both parties but before analyzing the scope of structured settlement, it is important to briefly understand what Structured Settlement means and how it originated.

Structured Settlement is the special form of compensation amount payable for any form of damage done to a party (like injury by medical negligence, accident, etc.) by another party against whom the victim files a lawsuit. The unique feature of this settlement amount is that it consists of one part of the amount paid to the claimant initially and the remaining is paid out to that party through installments instead of paying the whole compensation as a lump sum. These installments can be variable depending on the agreement between the two parties like – a smaller annual amount for next 20 years or a larger amount per year for next 10 years etc. The amount for initial few years could vary from the installment amount for years thereafter.

To understand it, consider an example. For instance, a claimant may wish to be given $10,000 yearly for first 5 years and $15,000 for remaining 10 years (given the total compensation amount is $2,00,000). The claimant can also choose to have no payments for few initial years and fixed annual installments thereafter to fund retirement needs. 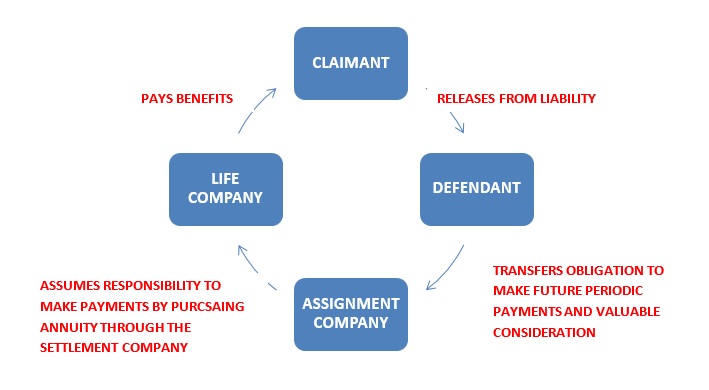 Structured Settlements were first brought to the financial scene as a mode of claims settlement when in 1960s, a drug sold widely to treat morning sickness in pregnant ladies, called Thalidomide, caused huge deformities and birth defects in small children. This was for the first time in Canada that structured settlement was used to pay off the claims of a large number of the affected people since the drug manufacturer did not have enough money to settle all claims at once in lump sum amount.

There have been many amendments in the law of settlements of claims to make it tax-free and flexible regarding payment schedules to suit the needs of the claimant and the capability of the defendant. According to the NSSTA (National Structured Settlement Trade Association), in order to make this form of compensatory mechanism more widespread, the Congress (United 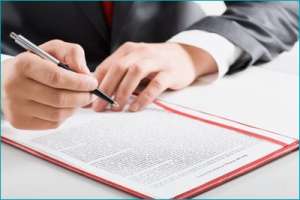 States) in 1982 laid down specific tax rules called the Periodic Payment Settlement Tax Act and the Section 104 (a) (2) of Internal Revenue Code stated that the whole amount of structured settlement would be tax-free to the claimant.

Structured Settlements are a viable option for people due to various reasons, of which a few could be the involvement of a child in the personal injury loss, if the total amount of loss is greater than $10,000 and the same could be carried forward to the succeeding years in installments, need for a stable and guaranteed constant flow of income for some time etc.

Having understood how this unique form of compensatory settlement came about, there are certain salient features as well as benefits to this form of settlement. Following are the merits of the structured settlement amount received in annual installments:

Words of Caution while dealing with Structured Settlements

There are certain legal arrangements to make structured settlements function the way they work. They are as follows:

The bottom line is, this form of payments through structured settlement has the potential to benefit all the parties, given that the contract is drafted keeping into account everyone’s best interests. Thus a fair and fine contact can attend to the financial needs of all parties and can provide a guaranteed and risk-free income stream to the claimant.