Structured Settlement is the gift of a wonderful legal arrangement in 1983 . Structured Settlement is the special form of compensation amount payable for any form of damage done to a party (like injury by medical negligence) by another party against whom the victim files a lawsuit. The unique feature of this settlement amount is that it consists of one part of the amount paid to the claimant initially and the other part of the larger amount which is paid out to that party through installments instead of paying the whole compensation as a lump sum. These installments can be variable depending on the agreement between the two parties like – a smaller annual amount for next 20 years or a larger amount per year for next 10 years etc.   The amount for initial few years could vary from the installment amount for years thereafter. It has also become a popular settlement option in the insurance sector where the insured can claim the insurance money, in a structured way of receiving it in installments rather than as a lump sum amount.

What is Structured Settlement Protection Act

Structured Settlements were first brought to the financial scene as a mode of claims settlement when in 1960s, a drug sold widely to treat morning sickness in pregnant ladies, called Thalidomide, caused huge deformities and birth defects in small children. This was for the first time in Canada that structured settlement was used to pay off the claims of a large number of the affected people since the drug manufacturer did not have enough money to settle all claims at once in lump sum amount.

According to the NSSTA (National Structured Settlement Trade Association), in order to make this form of compensatory mechanism more widespread, the Congress (United States) in 1982 laid down specific tax rules called the Periodic Payment Settlement Tax Act and the Section 104 (a) (2) of Internal Revenue Code stated that the whole amount of structured settlement would be tax-free to the claimant.

The Structured Settlement Protection Act of 2002 was formulated to protect the rights of the people who are eligible to receive guaranteed stream of payments over a particular time period after the ruling of a court case in their favor. 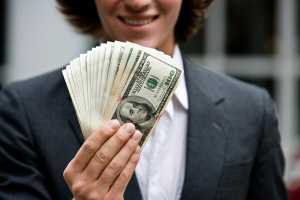 discounted, to suit his urgent financial needs.  The Structured Settlement Protection Act included in the Internal Revenue Service code, was enforced shortly compensation amounts were announced for the families who were affected by or people who were the victims of the terrorist attack of 9/11. This law was designed to ensure that the victims and their families received proper information, suggestion and instruction before deciding to sell their structured settlement.

Some of the protections Ensured by Structured Settlement Protection Act

The Structured Settlement Protection Act ensures that the claimant is instructed and protected on the following fronts:

There are many reasons why someone would sell off their structured settlement. It would usually happen when the recipient finds his financial needs pressing enough for him to even give up a tax free option of receiving settlement money in installments.  But in the 1990s, some people who wished to sell their structured settlement rights were exploited. People lost quite a large sum of money when companies purchased the settlement rights at huge discounts since those people didn’t understand the concept of present value of their future payments and the corresponding fees.

For someone who has never handled too large an amount at once, chances are that the person might lose that lump-sum money due to his poor financial knowledge and bad financial choices. Thus the claimant has to provide ample justified and legally acknowledge reasons to the judge for effecting the transaction of selling the structured settlement.  Illinois and New Jersey were enacted the required laws in 1997 to protect people from any such possibility of being duped. After this more states started formulating these laws and finally the federal government passed the Structured Settlement Protection Act on January 23, 2002.  This required that all transfer of settlement rights needed to be approved by the court before being entered into effectively to benefit the seller and the seller's dependents.