Structured Settlement is the special form of compensation amount payable for any form of damage done to a party (like injury by medical negligence) by another party against whom the victim files a lawsuit. It usually consists of one part of the amount paid to the claimant initially and the other part of the larger amount which is paid out to that party through installments instead of paying the whole compensation as a lump sum. These installments can be variable depending on the agreement between the two parties like – a smaller annual amount for next 20 years or a larger amount per year for next 10 years etc. The amount for initial few years could vary from the installment amount for years thereafter to the extent that the claimant can also choose to have no payments for few initial years and fixed annual installments thereafter to fund retirement needs. Structured Settlement is a source of a guaranteed income stream with the freedom to spend the money as per the claimant’s desires.

The clamant has the right to design his structured settlement agreement flexibly. These forms of tailored settlements are agreed upon by planning and negotiation . Thus the claimant can involve himself along with his attorney into the drafting of such an agreement to suit his financial requirements. There is no end to the possibilities and thus, the parties can devise payment schedules in any way that they want. Thus a structured settlement offers the following payment options:

Income for Life Annuities – The structured settlements annuities provide lifetime guaranteed income and pay the claimant weekly, monthly, quarterly etc. A death benefit can also be associated with these annuities so that the claimant is paid regardless of whether the payee is living or deceased. For example the annuity of $1,000 per month for life quoting 30 years of assured payments means that the claimant will receive money for next 360 months or for the lifetime of the Payee, whichever is longer.

Deferred Lump Sum Payments – The claimant may wish to buy a house before he finally grows too old to handle any financial or economic matters. He may arrange for specific lump sum amounts to fund his needs at certain points in time during his life time to pay for important expenditures like buying a house, funding medical expenses and paying for the higher education of his kids. This way the claimant can avoid the risk of windfall losses by only opting for a lump-sum at particular times while 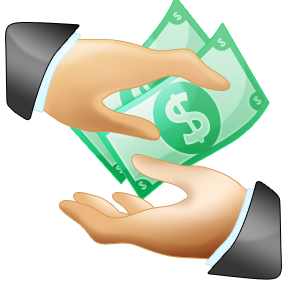 agreeing upon settlement of his claims through structured settlement in annual installments otherwise to avoid any risk of windfall losses due to a bad financial choice.

Step Annuities – These incorporate the rising amount of settlement installments after an initial amount received for the first time. Thereafter the amount keeps increasing gradually over time until the lifetime of the claimant or the particular time decided upon by in the settlement agreement.

Percentage Increase Annuities – Similar to the step annuities, these percentage increase annuities increase over time after the first payment by a fixed percentage. This helps guard the claimant against the inflationary pressures.

Deferred Defined Benefit Annuities – These allow the claimant to defer his payments in the future for a well-defined need. For example a middle aged claimant may opt for such a structured settlement to meet his future health related and medical needs. He may defer most of the payments to receive them while nearing his retirement time to ensure financial security in near future.

Period Certain Annuities – The structured settlement payments are received only for a fixed time period by the clamant. So, these settlements can be designed so as to receive all the payments within a stipulated time rather than stretching them over the lifetime through a combination of installments and lump sum payment.

Joint and Survivor Annuities – This annuity is bought for two separate annuitants under one contract. This is useful since, the payments will continue to be received by the surviving annuitant after the original claimant’s death. He would get those payments at a predetermined percentage decided initially in the annuity.

Treasure Funded Structured Settlements – This uses a combination of Treasury inflation Protected Securities where the value of the bond increases and decreases in tandem with the rate of inflation. Such a structured settlement annuity offers the additional option to the claimants to receive the money as long as he lives and with an in-built inflation factor to guard him against rising prices with absolutely no additional costs or charges.

Variable Income Payout Structures – This is a unique option which allows the claimant to actively take part in the equity markets and yet enjoy the tax-free benefits of traditional structured settlements. The settlement payments fluctuate to show the performance of the investment portfolios

Thus with various flexible provisions, the structured settlement annuities can serve the financial needs of the claimant by providing a guaranteed steam of payments much better that a large lump-sum can.