It is indeed difficult to complete your higher education without incurring student loans in the US due to high cost of books, tuition fee and living expenditure. That’s when student loans come to our rescue. A student loan is specifically designed for students to pay for their education expenses and carry substantially lower interest rates and suitable repayment schedules to help students pay them back when they are capable of. Student loans are different from scholarships and grants and are supposed to be paid off. It is due to this requirement that only students who expect to be able to pay off a student loan avail one. However, sometimes there can be some unforeseen instances than act as a deterrent for a student to repay his/ her loan. These can be prolonged illness, disability or heavy expenditure et cetera. Some of us carrying federal student loans, who due to some genuine reasons need help, are facilitated by the US department of Education. Student loan forgiveness programs are also available on private student debt but the provision of the same highly depends on the private lender. Some of the Private Student Loans servicing giants are Sallie Mae, New York HESC and WellsFargo. Let us first understand what does discharge of a student loan mean.

Discharge of a student loan

Discharge  of a loan means when the borrower is no longer liable to repay one’s loan. In other words, the loan is cancelled and the debt burden is removed. In the US economy, discharge of loan is generally associated with student loan, home loans and mortgages. There can be various reasons for discharge of a student loan. The Federal Student Aide, an office of the US Department of Education offers for forgiveness, cancellation and discharge of student loans under different circumstances to help student borrowers in genuine need. Other than discharge for bankruptcy, an individual might be eligible for a discharge if he/she withdrew from school but the school did not pay a refund that it owed to the U.S. Department of Education or in some cases, to the lender. There is another plan called The Federal Perkins Loan Cancellation that applies to individuals who perform certain types of public services or certain types of occupations such as Teacher, Member of the U.S. armed forces, Nurse or medical technician et cetera. Also, an individual with Federal Student Loan might qualify for Total and permanent disability discharge programme if they are incapable of arranging in any gainful activity because of physical or mental impairment.

Ever thought what might happen if your identity was misused to forcefully make you eligible for a student loan? Well, your school can do that for you, leaving you to discover that only when you receive those receipts of multiple charges along with unpaid debts in your name. This is called false certification of student loan eligibility. To help the victims of this identity theft, the US Department of Education has come up with a discharge plan for such debts. 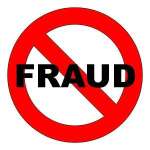 A Direct Federal Loan or Federal Family Education Loan can be discharged by the supposed borrower in certain special circumstances. If a student’s school falsely proved the student’s eligibility to receive a student loan by using the anticipated benefits from the training in the institute as the basis for the same. The student can be a victim of identity theft if the institution signed his/ her name in the student debt application form and promissory note with no authorization from the student or the institution endorsed the loan cheque and signed the permission for electronic funds transfer without the student’s knowledge. In such a case, the student comes to know about the proceedings of the loan under his name later only on having those charges either delivered or added to the total amount of charges that a student owes to the institution. Such a discharge can also be availed if the institution had certified the student’s eligibility for the loan but the student is unable to find a job in the field he was trained in. This unemployment can be due to various reasons like a criminal record, physical impairment or mental disorder or inappropriate age et cetera.

We have heard of identity thefts in email accounts and social networking sites. While this issue is a serious one and needs to be addressed in all circumstances, the situation becomes a little more serious when there are huge amounts of finances involved because they not just affect the current financial status of an individual but can hamper the future financial condition as well. Such thefts can prove to be highly dangerous in case of student loans. And to help such victims, false certification of student eligibility or unauthorized payment discharge proves to be an effective solution. This initiative by the federal government has been an important part of the forgiveness and discharge plans and continues to help millions in genuine need