Why social media has a role to play in journalism?

More and more people are using social media as their source of news. Social media is also the platform where communities discuss issues and end up creating their own news. And these conversations on the social media are going to happen irrespective of whether journalists personally think the matter to be important or not. Hence, it is no longer feasible for journalists to impose their reports and news on people.

Interestingly, things now work the other way round too. Journalists have to recognize what is trending on social media and weave their story around it. They have to integrate their editorial role with social media. This also helps them crowd-source the in-depth details of a developing story. Social media platforms like Facebook, Twitter, YouTube, etc are being used for sending or redistributing of information rather than emails or other traditional ways of communication. This also means that a lot of the journalists’ contacts or sources will also be in the social media in future if that is not already the case

Mobiles phones have a huge impact on the way people read news and journalists disseminate news. For the readers there are not just apps that let them decide what to read but also apps that are created by news agencies to encourage more interaction and engagement from the community.

With the use of mobile phones journalists can produce content whenever they want and wherever they are. They can use Twitter to update their followers and other readers of developing stories. There are also apps made just for journalists. One example is the Voddio (replacing 1st Video) app by Vericoder for iOS devices. It is a powerful video editing app using which journalists could shoot and edit video and audio, create audio slideshows and upload videos directly into a newsroom’s production system. Such is the advancement in technology today that a journalist could use just a mobile phone to cover and report a story.

Reporters have always depended on their source for information. They then filter the information and decide what is to be presented as ‘news’. News reporting was somewhat a one way traffic with journalists telling the community what they thought was necessary. But now with greater participation of the community through the social media, things are changing. Today every ‘source’ has a social media platform to voice his side of the story to tell and in a way every person is a reporter himself. For mainstream journalists to stay relevant, they have to give up a little bit of their editorial control and engage with the community in the process of reporting. Journalists need to listen to conversations happening on the web and adapt themselves to be able to develop a story around those conversations. It is no longer a process of gathering information and broadcasting it but being a reliable support system to conversations taking place on social media. If journalists can hone their skills to collaboratively report news by involving the community and managing conversations, the results can be great. 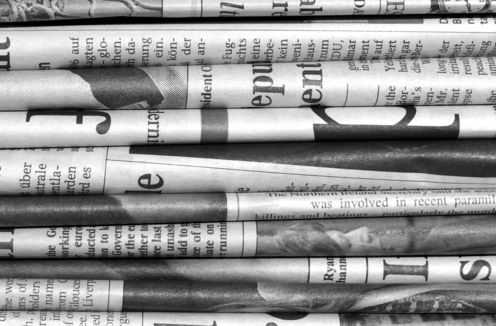 Gone are the days when people had to read what the journalists thought was right for them. Social network partially gives people the power to be their own editors and choose what they want to read. Following someone on Twitter or liking a page on Facebook is nothing but choosing what you want to read. On Twitter, you get the news feeds only from those you follow. You don’t have to follow people in whose tweets/news you are not interested.

In this regard, there are also many social news reader apps for iOS and Android phones like Pulse, Flipboard and Flud that allow users to customize their news reading. News agencies need to find a way to provide content that would reach people through the social network. This requires understanding what the people want to read and providing them with appropriate content. If news agencies and journalists don’t understand this and adapt accordingly, it may lead to their downfall.

“Journalist” cannot reach each and every place and cover everything. Even if they reach, they may do it very late. Who will report the news as it happens? Or when it has just happened? Equipped with smartphones, internet connectivity and social media, every person can play the role of a journalist. Using Twitter, Facebook updates and Youtube news today travels faster than it has ever had in past.

When people post their videos and other content on social media, they get instant feedback from other users as they can engage directly with the person who originally posted the content. Social media platforms encourage citizen journalism by having video sharing plug-ins and offering advice on how to make good videos. On the downside though, instant access to other people’s lives through social media can be misused as was seen in the case of the family of James Holmes who were subjected to harassment after the Colorado theatre shooting. Social media freedom can sometimes lead to inappropriate and irresponsible behavior. But the interaction and engagement it provides encourages people to report news that matters to them and be citizen journalists.

Twitter has turned out to be a great way to publish and spread news quickly by journalists as well as non-journalists. Sometimes news on Twitter comes before mainstream media channels even know about it. The nature of Twitter of course can be misused to spread hoax news as well. But whatever the case the importance of Twitter as a social media tool for journalism cannot be ignored. There are many examples to prove this. Given here are just a few examples of how Twitter has been instrumental in broadcasting of news, one example from each year in the past:

With so much news being generated by communities on social media and so much of news breaking first on Twitter, there is a decline in original fact gathering and reporting by journalists. However, journalists can use their skills to curate the content on social media professionally and responsibly to build stories that make it easier for the audiences to understand the pieces of information coming in through twitter and other sources. When news breaks on social media, there are many who are giving isolated pieces of information and this confuses those who are trying to gather information from social media. This is where the role of a journalist kicks in – the journalist needs to string the different pieces of information from different social platforms together and present a commentary to guide the audiences regarding what is actually happening and all this needs to be done in real-time. In other words, journalists today are expected to curate online content smartly and in public.

The way social media is influencing journalism, the day is not too far when we may see the death of the print media as we know it. Digital media is where news houses can exist in the future and in order to flourish they will have to engage audiences through social networking sites. This fact is also visible as several newspapers have shut down their pint business and shifted completely online.

Today, the success of a news report can no longer be measured merely by the number of people who have read it but the interest and interaction it creates also needs to be accounted for.